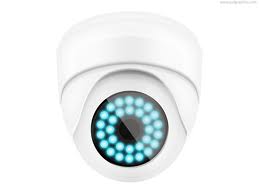 “Restaurant Stakeout” and “Mystery Diners” are two of our new favorite shows.  In case you’re not familiar with this Food Network fare, both programs feature restaurant owners who suspect problems with their employees.  Hidden cameras are installed in the kitchen and dining areas, enabling the boss to secretly observe what goes on when he or she is absent.

And while the cat’s away, the mice do play.

The best part of the show comes when the staff are assembled and the restaurant owner reveals that he’s been watching them.  The looks on their faces as they react to this announcement are priceless.  You can almost see them rewinding and replaying the tapes in their own minds, trying to determine whether this is good news…or bad news.

Now imagine yourself in their shoes for a moment.  An emergency meeting has been called, and you’re curious, wondering why you’ve been summoned.  Then you hear the words:

I’ve been watching you.

Only this time it’s the voice of God.

“Nothing in all creation is hidden from God’s sight.  Everything is uncovered and laid bare before the eyes of him to whom we must give account.” (Hebrews 4:13, NIV)

That bad attitude you unsuccessfully tried to hide behind a fake smile?  Those little compromises you justified because you thought no one would ever find out?  The poor work ethic you displayed when you assumed the cat was away?  It’s all there, in plain view, up on the monitors.

Oh and by the way, there’s plenty more footage where that came from.  Cringe.

Before you crawl under the table in fear and shame, may I suggest something?  That whether the knowledge that you are being watched is ‘good’ or ‘bad’ news might depend less on your performance and more on your relationship with the owner?  Please read that again.  Then allow me to illustrate.

Typically on these shows, once the offending employees are identified they lose their jobs.  Good riddance, right?  Justice served.  Problem solved.

But in one of the restaurant stings, a trusted employee was caught red-handed, brazenly stealing from his employer, a close family friend.  When confronted, the thief begged for a second chance, promising to change and make restitution.  Instead of being fired, he was forgiven.  Why?

Because he was more than just an employee, a hired hand.  He was “family.”  He was shown mercy, because he was a beloved friend.

Certainly the fact that we are being watched should give us pause.  We should try to live in such a way that we bring honor to Our Maker and Master, seeking to hear the words “Well done, good and faithful servant” (Matthew 25:23, NIV) more than we desire our own convenience and comfort.

But if you have a personal relationship with the Owner, the revelation that He is watching you should not strike terror in your heart.  For the eyes that are upon you are peering through the lens of love.

“Such love has no fear, because perfect love expels all fear.  If we are afraid, it is for fear of punishment, and this shows that we have not fully experienced his perfect love.” (1 John 4:18, NLT)

You are so much more than a mere servant.  You are a dearly loved friend.  You are Family.

“I no longer call you servants…I have called you friends…” said Jesus to His disciples in John 15:15 (NIV).

Listen to how one Bible commentator describes the watchful gaze of the Lord:

“He observes them with approval and tender consideration; they are so dear to him that he cannot take his eyes off them; he watches each one of them as carefully and intently as if there were only that one creature in the universe.” (From The Treasury of David)

Let that sink in.

He loves you.  He approves of you.  He values you.

He’s not waiting just to catch you in the act so He can kick you to the curb.  He’s watching because He cares about you.  He may discipline you and correct your behavior, but it is always out of a heart of love and a commitment to nurturing an ongoing relationship with you.

Doesn’t that make you want to please Him?

“For the eyes of the Lord move to and fro throughout the earth that He may strongly support those whose heart is completely His.”  (2 Chronicles 16:19, NAS) 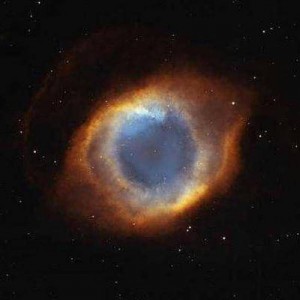 The Helix Nebula, also called the “Eye of God”

2 thoughts on “You Are Being Watched”