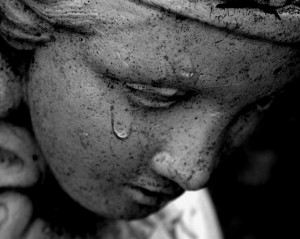 It has been a sad start to the New Year for the F.E. Warren AFB community.  One of its own, TSgt. Matthew Schwartz, was killed in Afghanistan on January 5.  He leaves behind a wife and three young daughters.

The news was brought even closer to home when we learned that his oldest daughter, Aliza, is a member of the Cheyenne All-City Children’s Chorus, along with our daughter Laurel.  Although we do not know this family personally, our hearts and prayers go out to them.

What can you possibly say to a ten-year-old girl who has just lost her father?

That is the question that kept running through my mind as I checked the choir members in before yesterday’s rehearsal.  I didn’t know how I might react if I were to look up from the attendance sheet to see Aliza’s sweet face.  I was worried I might burst into tears.

Should I hug her?  Say I’m so sorry for her loss?  Or just try to carry on without comment and allow her some sense of “normalcy”–whatever that might be for a young girl who has just said a final goodbye to her dad?

Aliza stayed home from choir yesterday, understandably, since the base memorial service was only Tuesday, the day before.  So I didn’t have to figure out what my response should be.  But I have a pretty good idea of what Jesus would do…

John 11 records the story of Lazarus’ death and resurrection.  Jesus, this man and his two sisters, Mary and Martha, were friends.  Lazarus became ill and died.  When Jesus arrived at their home a few days after the funeral, he encountered the sisters, whose emotions were still raw with grief.

Joanna Weaver, in Having a Mary Heart in a Martha World, describes what happened next this way:

Even though Jesus knew Lazarus was about to be raised from the dead, he understood Mary and Martha’s pain.  He did more than understand it.  He felt it too.  John 11:35 tells us, ‘Jesus wept.’  The word for wept denotes a deep sorrow with great emotion.”

Jesus wept.  It’s the shortest verse in the Bible, but perhaps the most poignant.  It reveals something almost unbelievably tender about the heart of God.   He sees our tears, and adds His own.  He feels our hurt, right in the center of His own gut.  He enters fully into our grief.

Weaver goes on to say:

Because Jesus loved this family from Bethany, he wept, and he weeps with us as well.  Though Jesus knows our triumphant outcomes, though he sees the joyful ending just around the bend, he still gets down in the middle of our sorrow and holds us close, mingling his tears with our own.”

How I love this about Him.  He doesn’t distance Himself awkwardly from our heartache, unsure of how to respond.  He is, after all, “a man of sorrows, acquainted with deepest grief.” (Isaiah 53:3a, NLT)  He can go there with us.

While I don’t always know the right thing to say or do when faced with someone else’s pain, I know the One who does.  And so I pray for a little girl named Aliza and her two sisters.  I pray they will climb into the Daddy-lap of Jesus, feel His strong arms hugging them to His chest, and grip the nail-scarred hand holding tightly to theirs.  I am so, so sorry that their innocent young lives have been shattered by such a terrible loss.

I pray they will know that they do not cry alone.

3 thoughts on “When Tears Fall”