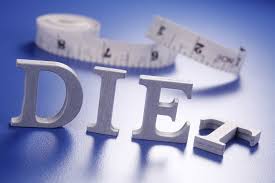 Actually, I’m giving it up for good.

Almost a year ago I wrote a blog post titled “Imperfect Progress,” where I shared about my crazy weight loss teeter totter ride.  I felt quite vulnerable in doing so.  (Much like I feel now.)  In case you missed it, I’ll summarize.  It went something like this:

That’s right.  The teeter totter went back up, as teeter totters are prone to do.  And feelings of self-worth and acceptance went down.  Way down.

At a friend’s recommendation I recently picked up a book called Intuitive Eating.  To my surprise, authors and nutritionists Evelyn Tribole and Elyse Resch were familiar with life on a teeter totter.  Only they called it “The Seesaw Syndrome.”  On one end sits Deprivation (the essence of dieting) and on the other end, Guilt (the result of overeating).  Chronic dieters know this maddening and merciless cycle all too well.

The solution, according to the authors?

The initial leap off of the teeter totter is both terrifying and exhilarating.  But rather than continue to perpetuate this self-defeating cycle, I am now turning my energies towards developing a long-term, healthy relationship with food.  I am learning to be patient with myself in this process, resisting the temptation to go for the temporary “quick fix.”  God has given me “new eyes” through which to view myself and food.

It feels a lot like…Grace.

The following caught my eye on Facebook yesterday, because it captures, in a nutshell, what the Lord has been so patiently teaching me:

I need to love myself.

I am thrilled to be off the teeter totter and onto a new path.  There is much still to be discovered.  I hope to share more as I continue on this journey with Him.

Anyone care to join me?

The godly eat to their hearts’ content, but the belly of the wicked goes hungry. (Proverbs 13:25, NLT)

8 thoughts on “The Leap”